As employees who visit properties to conduct our business we should have guidelines to protect people we come in contact with and our own health.

To follow Government directives to prevent the spread of Coronavirus disease I have provided the following procedure that should be immediately implemented:

"I have procedures to follow due to the risk posed by the Coronavirus disease."

"I wish to advise you of my obligations under the Australian Government Health in safeguarding you and me in respect to the Coronavirus disease. Please assist me in practicing 1.5M distancing between us and if you are unwell please tell me and isolate yourself away from this property while I conduct the inspection."

Other general precautions we should take:

If you have any questions or wish to discuss any of the above please contact me.

Please read the following Australian Government Coronavirus disease (COVID-19) notice and this link for up to date information.

Inspections and client/customer/purchaser wishing to attend the property inspection:

We have strict procedures when inspecting properties during these times. For your protection and our inspectors safety please do NOT attend the property or approach the inspector during the inspection. If you wish to discuss the inspection or report please call the office and we can arrange a phone briefing.

What is not covered in a Building Inspection?

When looking into the inclusions or exclusions in a building inspection it is common for a building inspector to refer to the Australian Standard 4349.1 – Pre-purchase inspections—Residential buildings. Technically correct or incorrect? Isn’t that misleading. Well, I’ll explain what this means later in this article.

You see the Standard has an extensive list of areas that are NOT included in a pre-purchase building inspection. This list is available in AS4349.1 and has been derived from what can be seen visually when inspecting the property, what is or is not accessible at the time of the inspection and the skills of a reasonably competent building inspector.  In short, the standard mentions items NOT included.

The Standard goes on to mentions the areas to be INCLUDED in the inspected as;

And these INCLUSIONS all have numerous elements to them making what’s included in a building inspection by far more extensive than the items listed as not included.

To clarify, it’s the inspector that makes all the difference when it comes to, ’What’s not covered in a building inspection’. It’s more about, ‘What will the inspector INCLUDE in the building inspection’. Although the Standard excludes a list of 33 items, good proficient and professional inspectors evaluate all visible and accessible items. An experienced inspector will know exactly what they are looking at and see it with there technical building knowledge in mind. It may be an electrical or plumbing item, technically excluded under the Standard, but if it appears defective or not serviceable, they will include this defect or observation in the report. It’s not the ‘rule’ you want, it’s the exception to the ‘rule’ you need to know, when purchasing a home. 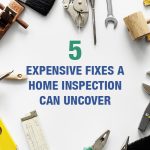 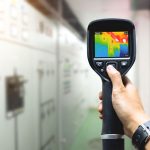 The Role Thermal Imaging Plays in New Build Inspections and Why I... 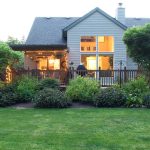 How Pests Affect Your Building Structure...